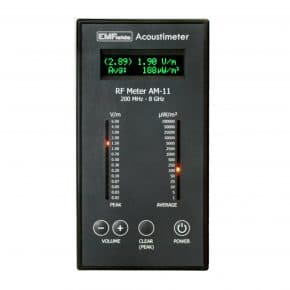 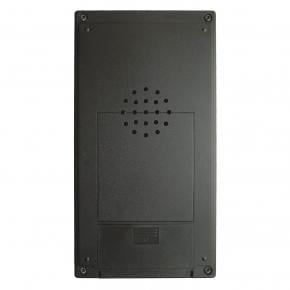 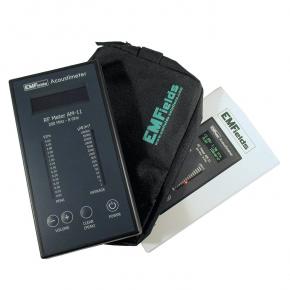 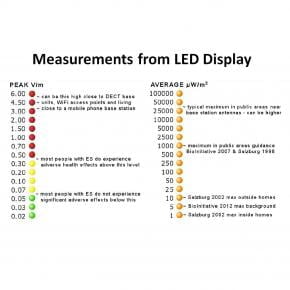 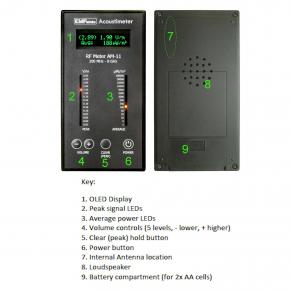 The AM11 is now available!

The AM11 Acoustimeter is our most powerful radiofrequency (RF) / microwave detector. It measures both peak and average signals using a combination of LEDs and number readings on an bright text screen. The AM11 detects almost all modern wireless technology, including mobile phones, cordless phones, smart meters and Wifi. The instrument is suitable for those with severe electrosensitivity as it is sensitive down to 0.02 V/m. It also has an audio output that helps determine the source of the exposure.

The Acoustimeter will help you quickly understand your RF environment. It accurately measures all incoming radiation from 200 MHz to 8000 MHz (8 GHz), and was designed using many years of real life measurement experience.

The readings are shown on both an clear “OLED” text display and two sets of LED lights. The LEDs update rapidly, helping you to find hot-spots. The text display offers high accuracy with a lower update speed, giving you time to take note of the readings. You can easily determine what kind of device is causing your exposure using the internal speaker. Sound samples are available to help you identify what kind of signal your Acoustimeter is measuring. The sounds made by different devices change with time, so these are a rough guide only. If there are a number of sources of exposure, the sounds may mix and be harder to recognise.

If you can hear a very quiet “hissing” noise when no LEDs are lit, this is normal. This is from the internal workings of the Acoustimeter, and is therefore of no concern.

The Acoustimeter reads differently from some meters as:

N.B. The internal antenna is at the top rear of the case. Signals are best measured when the source is behind the instrument, but also quite good with the source to one or other side (particularly the left side away from the switches and volume control). It under-reads if the source is in front of the meter as the OLED display acts as an RF screen.

What’s the difference between the AM10 and the AM11?

The Acoustimeter AM11 is a direct successor to the AM10. It has the same feature set, plus an OLED display to improve readability in low-light conditions. We’ve also improved the frequency response, which is now optimised for low-band 5G (under 8 GHz) measurements.
Full details of the AM11’s features are available in the manual. 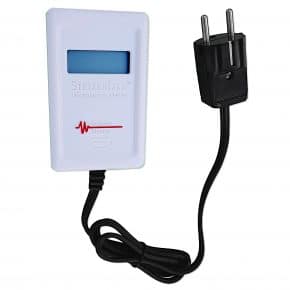 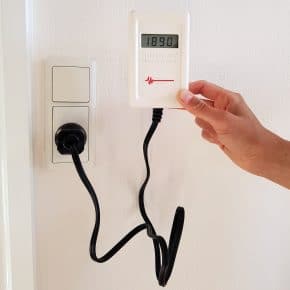 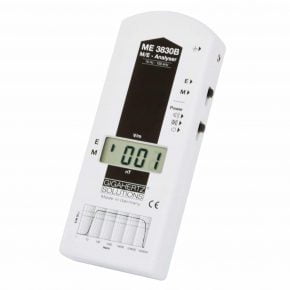 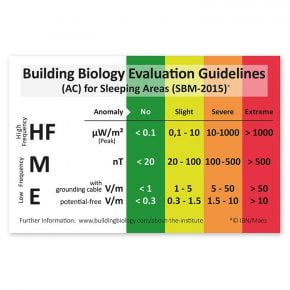 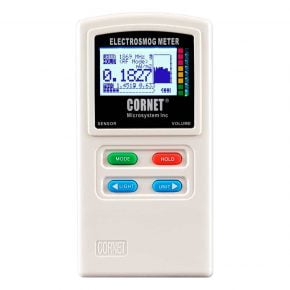 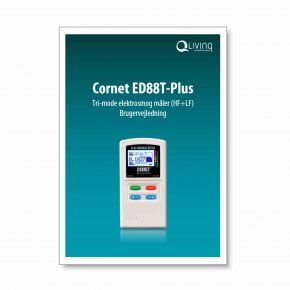 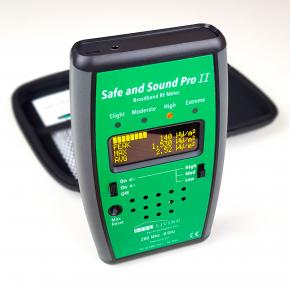 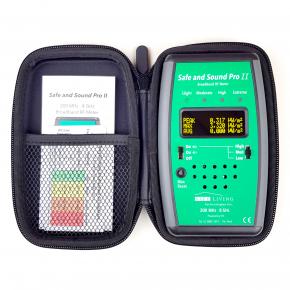